About Ss Peter and Paul 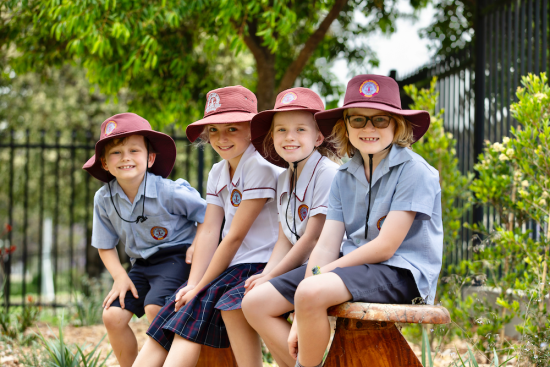 Ss Peter & Paul School is a co-educational Catholic parish primary school catering for students from Kindergarten to Year 6 in the Kiama area. Situated right on the beach, we watch whales passing by while we learn and love learning and playing on the sand too!

Founded by the Sisters of St Joseph in 1908, today we aspire to be a community based around the wisdom and spirituality of Australia’s first saint, Saint Mary of the Cross MacKillop. The values embraced at Ss Peter and Paul – such as compassion, service, justice and integrity – can be clearly discerned from the many writings and actions from Saint Mary MacKillop.

Read more about What We Offer at Ss Peter and Paul and Take a Virtual Tour of our school.

Catholic education has a long history in the Kiama area, beginning when the Sisters of St Joseph who first taught at the Catholic School at Jamberoo. In 1908, St Joseph's School in Kiama was established, at this time lessons were taught in the old Railway School Building. On January 20th, 1952, the present Parish Hall was opened and used for classrooms.

In 1961, part of the eastern classroom block was built and these three rooms were completed in 1963. The brick double-storey classroom was completed in 1981. To accommodate increased enrolments, buildings were erected from 1981 to 1994. These included a new library and four new classrooms which were built on land adjacent to the convent. In 1974 the school's name changed to 'Ss Peter and Paul', bringing all parish buildings under the patronage of the same saints.

From 1887 to 1990, the Sisters of St Joseph played an essential role in Catholic education in our Parish. We are grateful for and very proud to acknowledge their work. By 1990, there were no sisters teaching in the school and their ministry became one of pastoral care in the parish.

In 2008, an extensive building program commenced which saw the demolition of the demountable block and the convent. A mass and celebration marked the removal of the convent and the foundation stone was retrieved to link the future buildings with the school’s past. The building program was supported by Federal government grants, parish funds and a parent building levy. Stages 1 and 2 of the project were completed in December 2010.

The school now has modern facilities to face the challenges of teaching into the 21st century.

A Catholic School in the Diocese of Wollongong

Catholic schools have a long and proud history in the Australian educational landscape. Originally established by orders of brothers, nuns and priests in the nineteenth century, they are now almost entirely staffed and led by lay people.

Catholic systemic schools in the Diocese of Wollongong are either parish primary schools like Ss Peter and Paul, or diocesan secondary or K-12 schools. They are all co-educational schools. (The Diocese also has another seven independent congregational secondary schools, some of which offer single-sex education.)

Catholic schools have a unique character because as well as being places where learning is highly valued, they are places where priority is given to a values-based education in the Catholic faith. This involves all staff and students proclaiming the Good News of Jesus Christ to the world. Staff identify strongly with their school and take pride in their work and the school’s achievements.

Take a Virtual Tour of Our School